My husband named our ducks Bonnie and Clyde. Their namesake movie happens to be one of our favorites; Warren Beatty and Faye Dunaway were the perfect choice to play the notorious gangsters. And what is about these two that capture our imaginations and romanticize terrible criminals? For me, it is the fact that it was Warren Beatty and Faye Dunaway who played them, two of the most beautiful people to ever set foot on the silver screen. 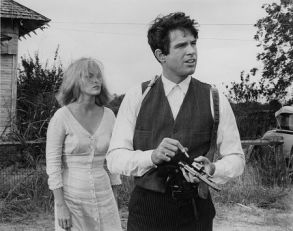 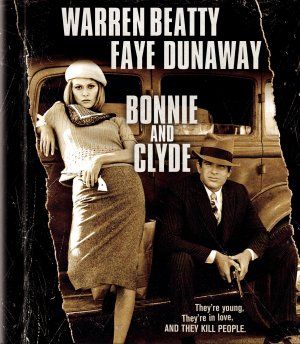 Our ducks are far from being criminals but they are beautiful. Now if you haven’t seen the movie, I’m about to give a little bit away but nothing crucial to the plot and besides, we all know how it ends. The one thing other than their names that my ducks and Bonnie Parker and Clyde Barrow have in common…Clyde is not interested in having sex with Bonnie. Yup, it’s true.

The happy couple, ducks not gangsters.

Our handsome Clyde. As with most birds, the male is the prettier and more colorful.

In the movie Bonnie wants Clyde in the worst way but he’s just not interested. Kind of ironic considering his character was played by one of the sexiest men on the planet (according to some).  He was also known to be quite the ladies man. My Bonnie has no interest, so it works for them and for us…we don’t need another animal.

And one more thing about this movie; the costumes, the fashion. I love it. Faye Dunaway’s dress in the first scene is just beautiful. Simple, perfect for the time period. Warren Beatty’s hats and vests suited him so well. My favorite outfit of Faye’s was when she wears the scarf around her neck and the beret. I loved it so much, my husband and I went as Bonnie and Clyde to a Halloween party several years ago.

If you haven’t seen the movie, you must. When you do, think of our ducks.