Dominic is my love. I love all of my animals, but there is just something about him that melts my heart whenever I see that sweet face. The first time I saw him was on one of my usual Saturday volunteer days, he was in a pen by himself and looked sad and confused. He had come to the sanctuary a few days before. 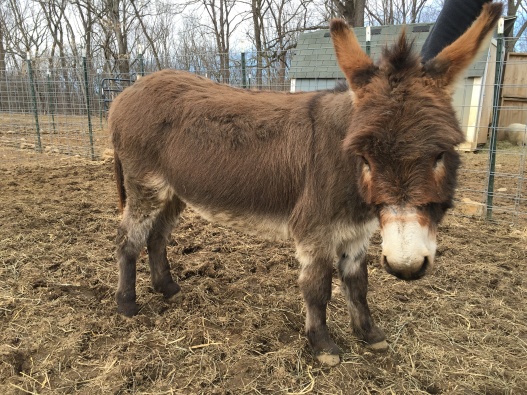 This was taken a few days after he arrived at the sanctuary. His halter had been too tight so we took it off, you can see the mark across his nose. Poor baby.

Now many of the animals that come to the sanctuary have come from bad situations, this was not the case with Dominic. Dominic had been bought for a little girl when he was a baby to be her pet and to be a companion animal for a horse. The horse had recently passed and so Dominic was now alone. His owners had planned to keep him but then something horrible happened. Dominic was attacked by a bear in December 2015. 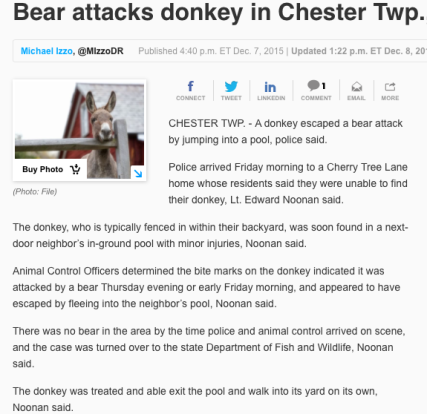 His owners realized he was missing and he was found in the neighbors empty in-ground pool with wounds to his neck and hind quarters. He was sedated to get him out of the pool and he received 16 stitches in his back left thigh. He had lots of scratches on his face and neck but he survived. 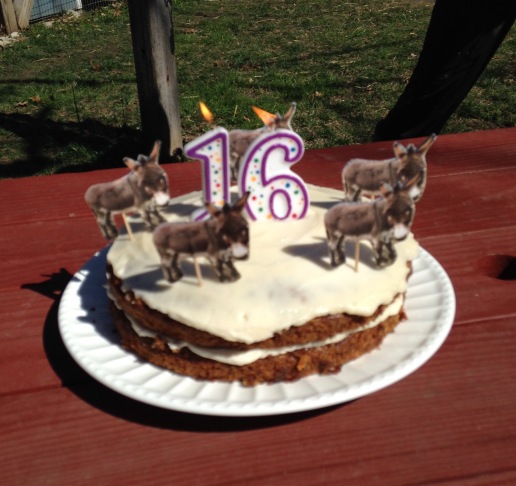 Shortly after arriving at the sanctuary he turned 16, I made him this vegan carrot cake to celebrate!

The owners were afraid that the bear would come back and that he really needed to be other animals of his kind, so they decided the best thing would be for him to go to the sanctuary. That’s where I come in. Just one look and I was hooked. I knew nothing about him at the time, I went into the pen and slowly approached him and he was such a mush. I fell instantly. 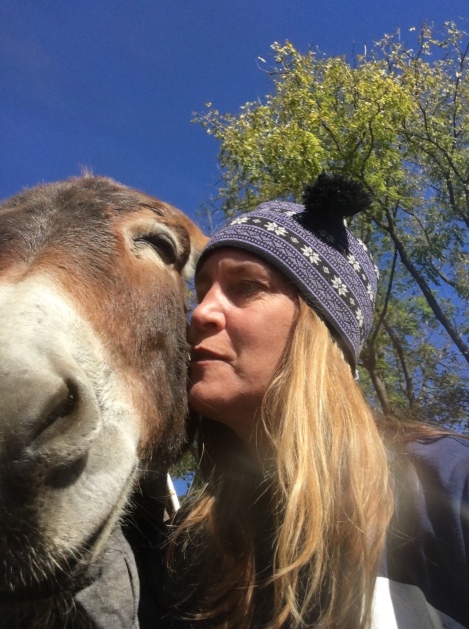 I’m pretty sure our feelings are mutual.

The sanctuary’s owner saw me in the pen with him and came over to tell me his story, that made me love him even more. From that day we sponsored him (made a monthly donation towards his care) and told him that one day he would come and live us. And now he does….to be continued. 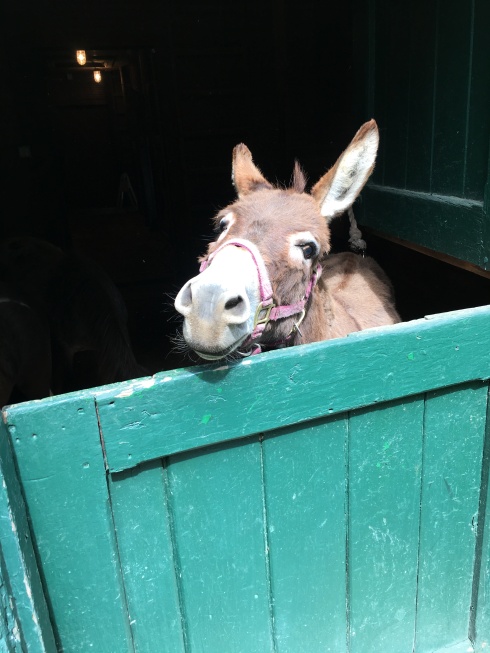 Dominic in his new forever home, safe from bears.